My camera, that is. I smashed it. Imagine what slamming a car door on your camera full force would do. Well, with mine it spider webbed the LCD screen and it no longer shows anything but faint light behind all the cracks. In addition to that the power button only works the third or fourth time, the flash doesn't go off at all, and the auto-focus? nada. It is now literally just a point and shoot, or rather a point, shoot and cross your fingers. 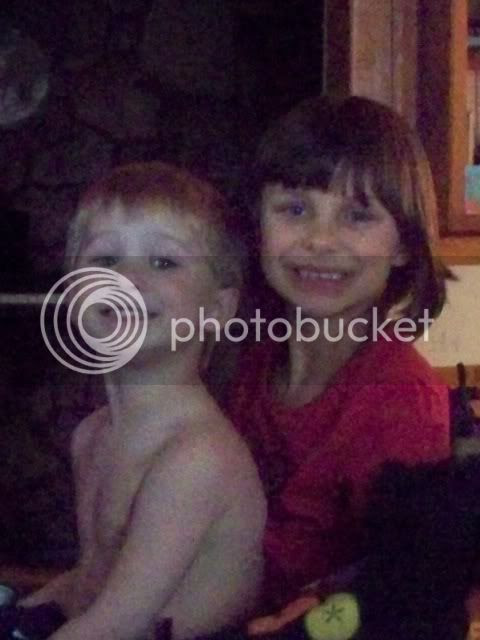 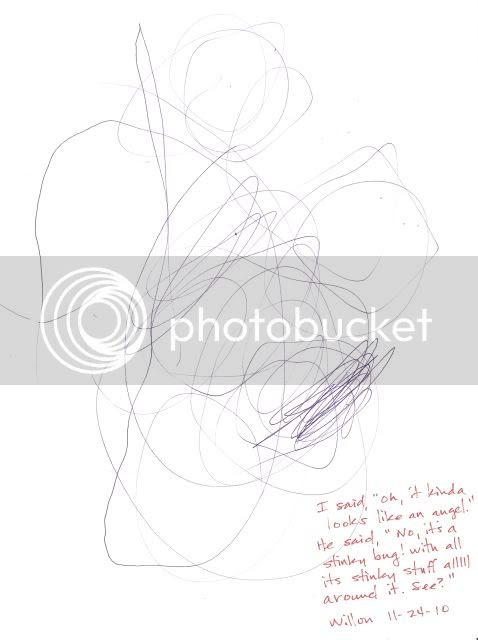 "Momma? I, when Momma? When a puffer fish really puffs up really big, like this. *poomp*"

The entire 2nd grade at Rhetta's school did a play about the American Civil War. It was in poem form and each kid, or pair of kids, said one line. Some of them had costumes. Others did not. There was only one showing so seating was insane, but I think even blurry pictures are better than no pictures.

Waiting with her class. 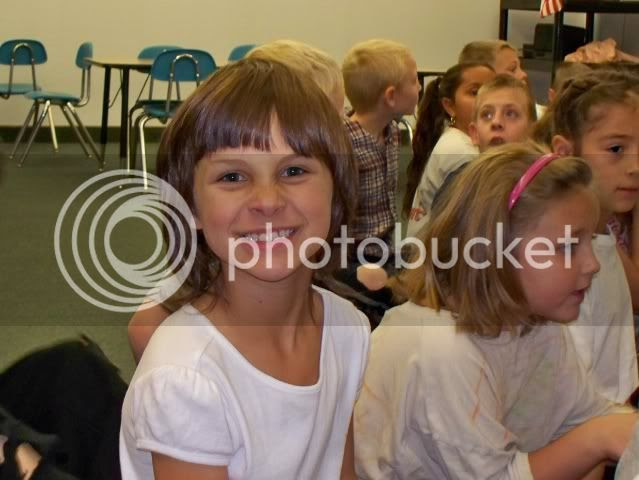 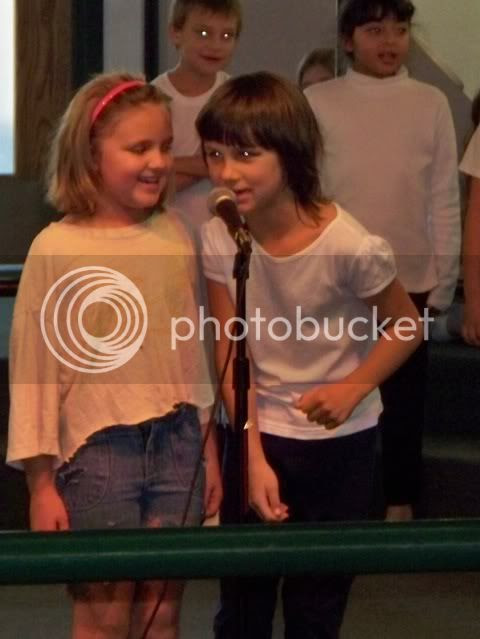 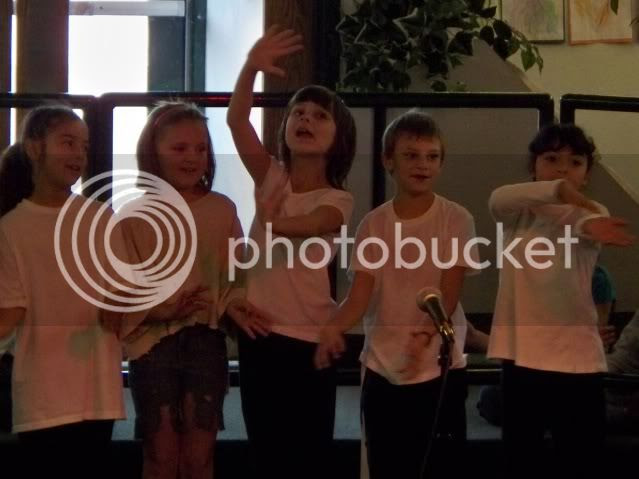 The Four Seasons From My Back Porch 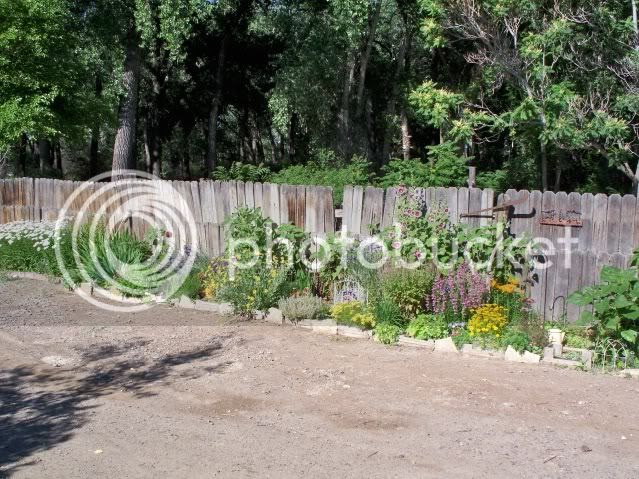 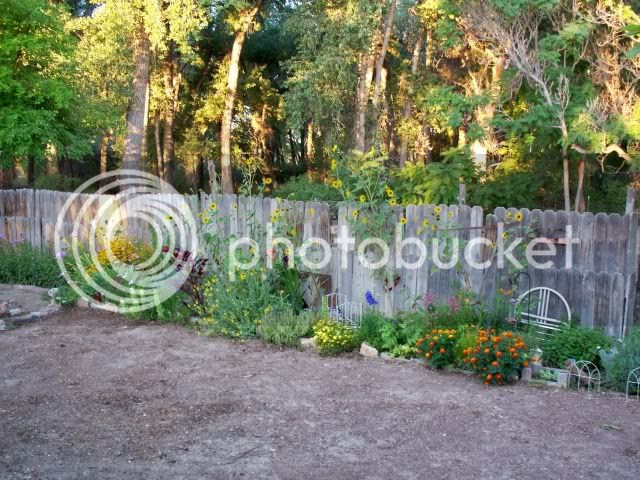 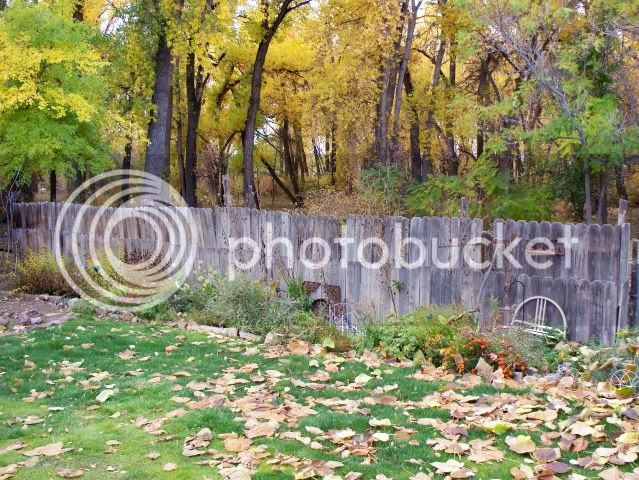 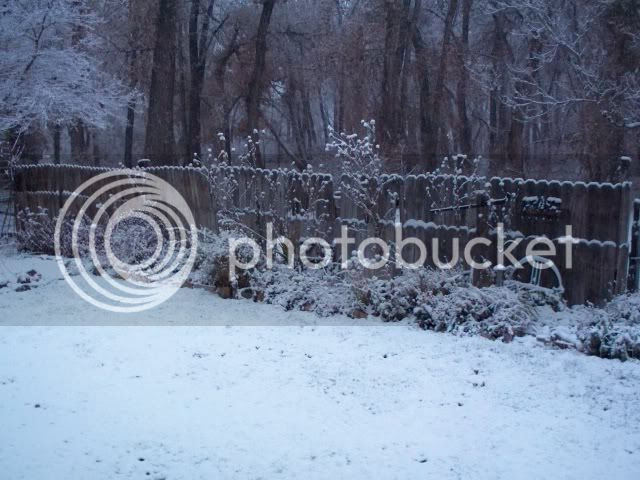 Can I be any more in love?? 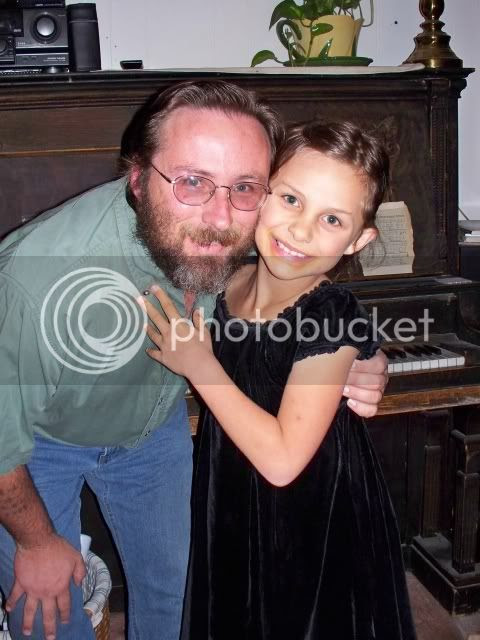 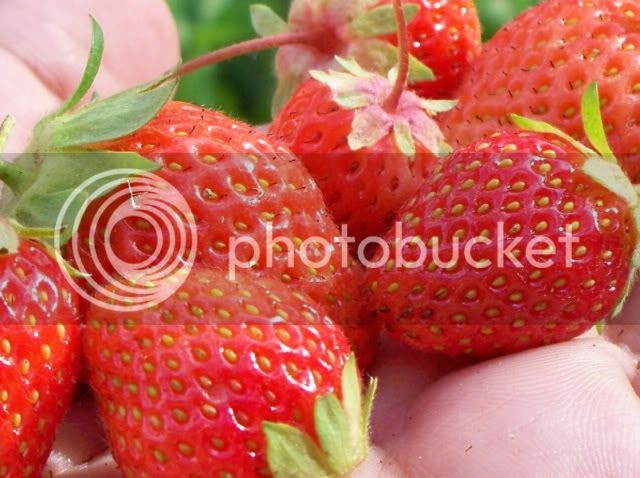 Strawbeezies. That's what dibbuns call strawberries. Dibbuns are the young Abbey dwellers in the Redwall series by Brian Jacques whose residents prepare magnificent feasts from the foods they grow within the Abbey walls.

My strawberry patch started with 5 plants gifted to me by my mother-in-law. Each mother plant sends out runners and each runner can produce one or more new plants. Every spring the new plants flourish but the mother plants don't survive another season.

For the first few years my strawberries didn't do well at all. I thought it might be the hard clay they were growing in so I added compost. I thought they maybe needed mulch which was a mistake (think slugs!). One year I just left them alone having quite given up.

This year I decided to pay more attention. I peeled back the mulch and was delighted to find many plants alive and well.

Here it is mid-April, 2010 (that's a penstemon stuck in the planter on the right there that needs a new home but I haven't yet decided where): 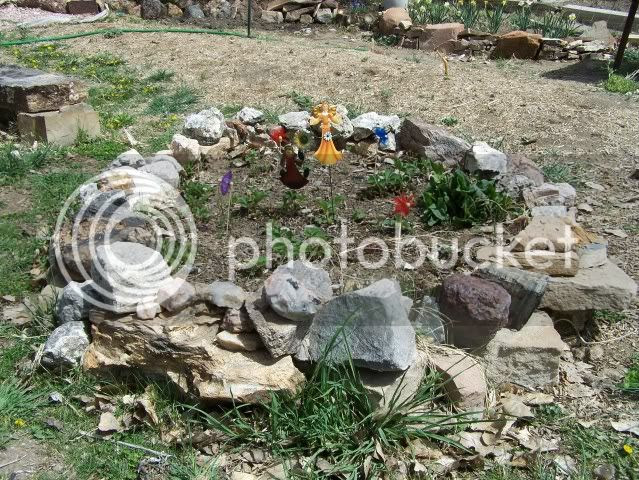 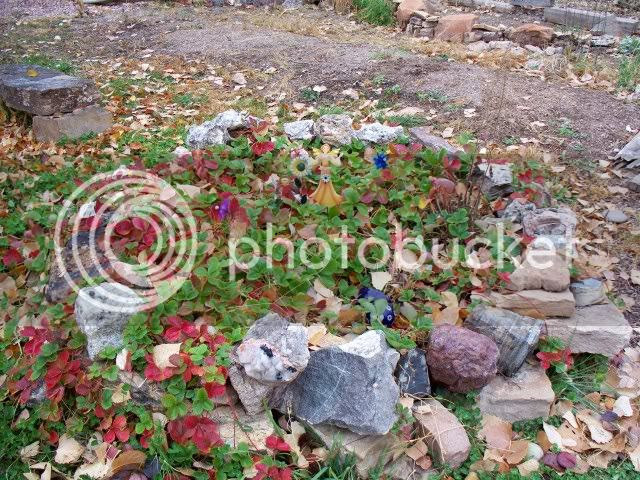 Runners even poured over the sides and new plants rooted all around the base. It's just the most beautiful thing I have ever done with plants, I think. We had so much more fruit as you can imagine, larger and sweeter too.

Now that I know what I am doing I will pay more attention to the new plants. Lots of them shoot off but many don't find soil.

They're actually sitting on a rock and will die off without their roots in the soil. If I had been prepared for this I could have snipped them off and planted them in pots to root through the winter on my windowsill. Not quite there yet. Still learning (read: lazy). 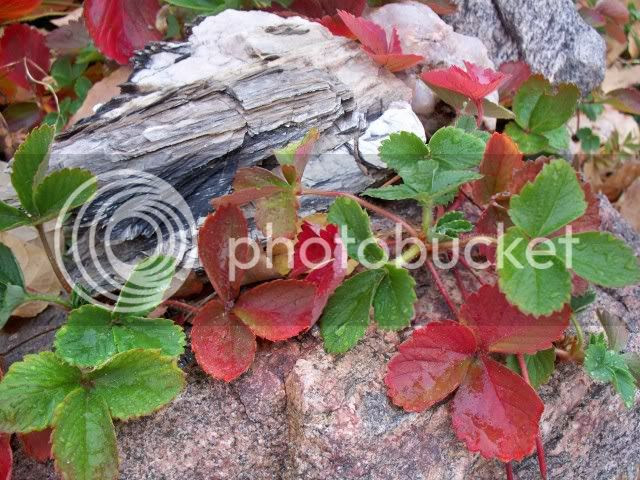 As if the color isn't the most beautiful this time of year, the moisture you see on the leaves is what's left of this morning's snow. Many freezes and even snow and if you look closely you can see it's still blooming. 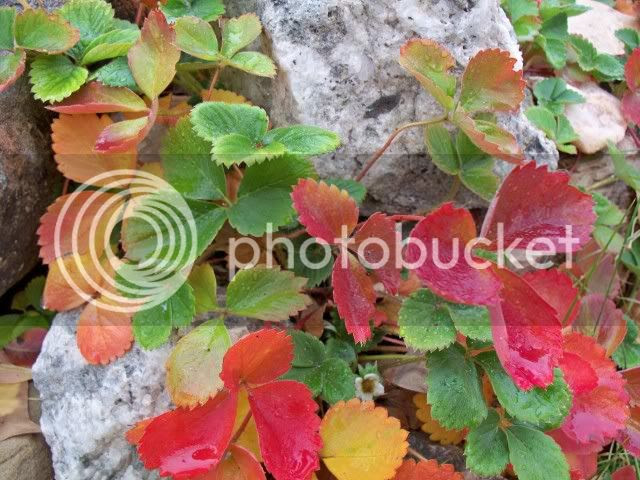 I'm not going to feel too bad about the plants I didn't save. I didn't even get my bulbs and tubers divided this year... again.

But I'm enjoying what's become of my gardens so far and am quite satisfied with the strawbeezies.
6 comments: