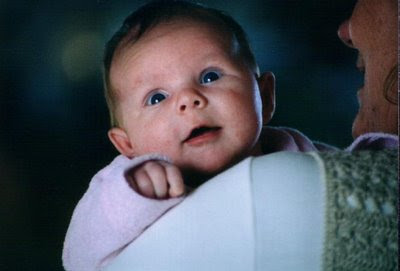 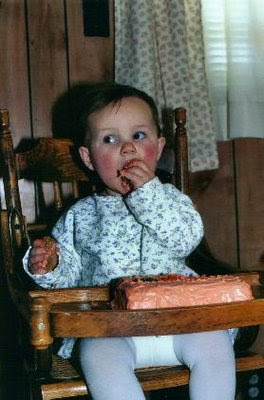 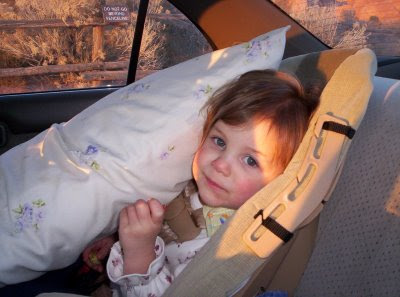 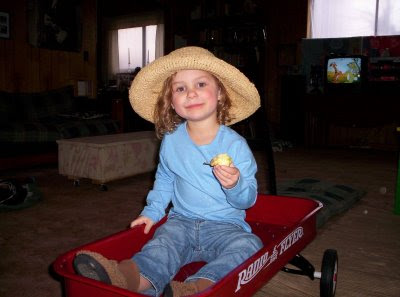 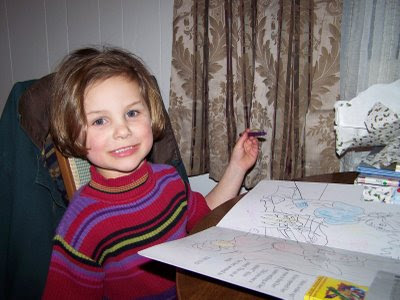 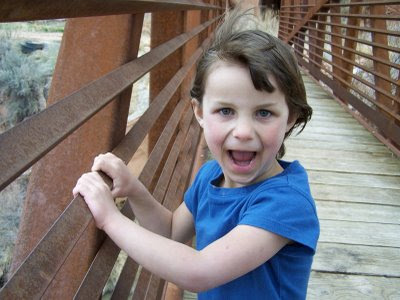 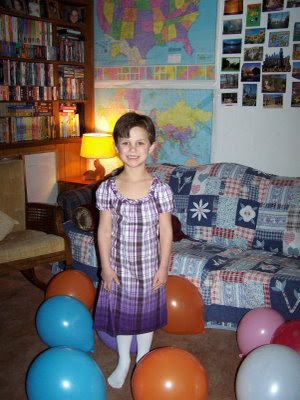 Took Willon to town today and decided to look for a new book I want at Borders since we were already next door getting groceries. Willon had his cute on today, you know, just one of those days.

We'd walked through two sets of double doors when he stopped short at the mud mat that reads in big red letters, BORDERS. He's looking at it upside down and yells out, "B! O!" then says very sweetly, "What's a letter is, Momma?" pointing to the the R. I said, "R." and he shouts, "R!... D!... what's a letter is?" "That's an E." "E!... R!..." and about this time people are coming in and out around him chuckling and pretty amazed. He pointed to the S and said, "Ssss.. snake. C! Snake!" and one woman passing through the door said, "That's how it starts." with a big grin. I was just beaming. Learning how to read at the bookstore that he called "library!"

Cuter yet, he picked out a book from the bargain table that we'll wrap up for his birthday, a set of three actually - about trucks, and when I asked him to carry it to the counter for me he said, "Okay." then picked up my bag, slung it over his shoulder with a grunt (or three), tucked the book up to his chest and trucked on over to the check-out counter (wishing I had my camera about this time). I told him to give it to Christopher and he looked around and asked, "Where's he is?" I pointed him out right across the counter and Willon handed the book up to him with a "there ya go" and a "thank you" when we were finished.

Leaving the store a man opened the door for us and stepped aside. I told Willon to go on and when he passed through the door, carrying my bag for me with his book inside, he looked up the man without breaking stride and said, "Thank you." The man about fell over from so much cute. I literally saw his jaw drop.

Everyone in Borders got a new cavity today.
5 comments:

My mom alerted me to this. Awesome.

Rhetta is doing well so far with fulltime school days. Monday and Tuesday I went for the morning and was with her through that time. Today she was on her own until I picked her up during art class to take her to and from OT/ST around 1pm. That went pretty well, too. She is having anxiety and sleeplessness however and a few potty accidents, but that all seems to happen when big change happens. The difference this time is she is keeping a very positive attitude. I am very proud of her.

Willon on the other hand misses her greatly! Poor little guy. He asks where she is at least once an hour. Then if we are in the car he asks if we are going to go get her. He's so sweet.

Along the same line when we all got home yesterday and I had to run to the store I took Willon with me. When we got back Rhetta was streaming tears on the back stoop just wailing for her brother. So she must be missing him while she is at school, too. It is heartbreaking but I am certain they'll adjust in very little time.

I am just very proud of my kids!
2 comments:

I was told a story today by one of Rhetta's school people who heard it from her teacher who heard from one of today's playground monitors, Mrs. Star.

Rhetta was playing at recess and at one point decided to play in a puddle of water. Mrs. Star asked her to stop playing in the puddle so her shoes wouldn't get too wet and her feet too cold. Rhetta then put her hand up sideways, palm toward Mrs. Star's chest and said, "oh-blation", or perhaps "oblation", then proceeded to play in the puddle some more. Mrs. Star then asked Rhetta again to please stop playing in the water and to move on to something else. Rhetta again held her hand up to the woman's chest and repeated the word.

Now I have no doubt Rhetta was trying to say something along the lines of, "Please move back, I am playing in a puddle over here!" all in one word but she has also been practicing some "-ation" words lately. She was communicating but neither of us, Rob nor I, can determine what she must have been saying.

The crazy coincidence is that Mrs. Star, who does not talk about this with children or even many people at school, either needs or has had (a little unclear third hand) a cardiac ablation for an atrial flutter (heart murmur)!

The woman relating the story to me asked me if we had observed any sort of intuitive behavior in Rhetta before. I couldn't and still can't think of a single time.